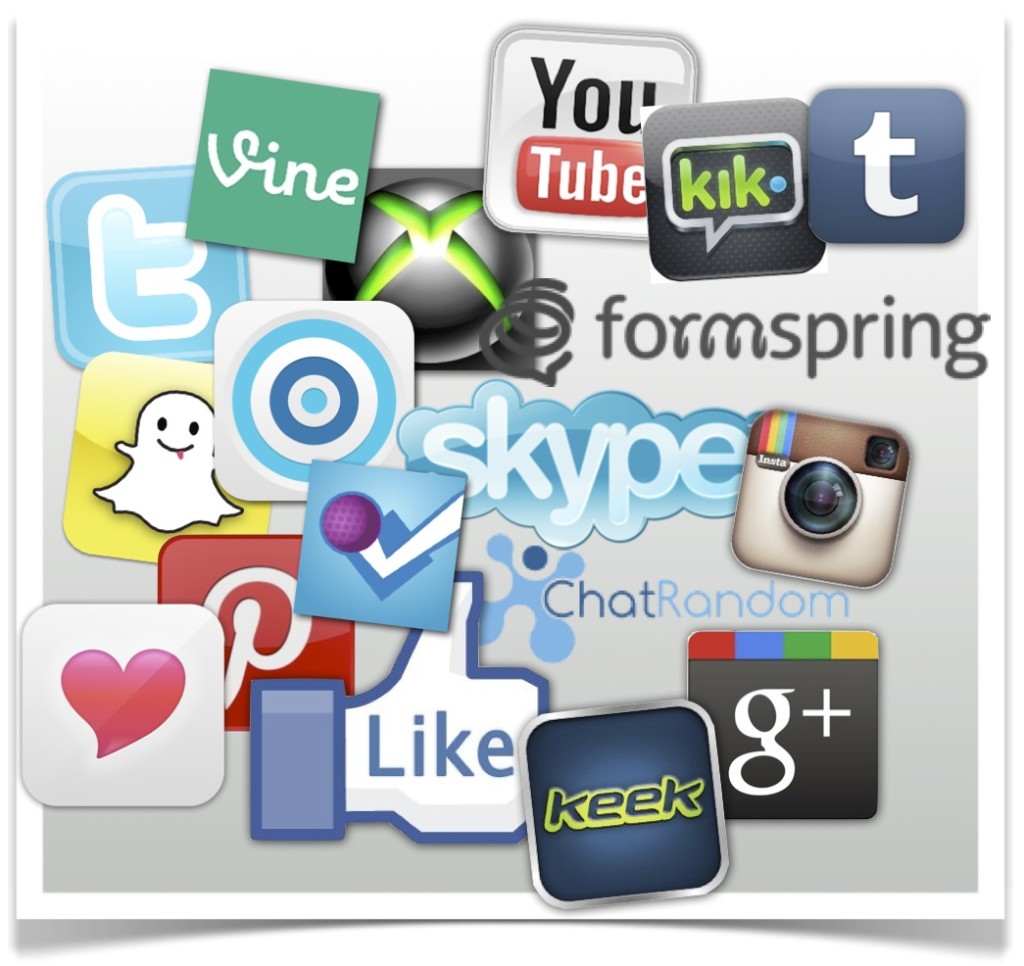 Much of today’s cyber safety education focuses on the more mainstream social media platforms like Facebook, Twitter and YouTube, and it’s not really surprising with these platforms still being the most popular social media platforms for adults and teens. Whilst we can’t ignore the privacy issues, the stalking, the predatory behaviour, the embarrassing posts and bullying that can cause so much harm on these social networks, mobile apps on smart phones and mobile devices like the iPod and tablets like iPad and Android Tablets, are catching up with these more popular network’s bad reputation for cyber safety issues and privacy.

Parents Are Being Fooled!

I’m very concerned that many parents and educators are only focusing on Facebook and other mainstream social media software in regard to cyber safety issues, and ignoring many of the popular mobile apps that kids can install for free on their mobile devices that are quietly slipping under their parents and teachers radar.

Whilst you are “friending” your child on Facebook your child may have already moved onto a mobile app on their iPod that you don’t even know about.

Unless you have set up good solid parental controls and filters on these smart devices, your child might be using an adult rated app on their device and you won’t even know about it. Mobile devices can go everywhere with kids, and many parents are not even in the same room with their kids when they are using these devices. Supervision on these devices is very difficult.

Many of the most popular apps kids are now using like Kik, Tumblr, Instagram, Keek, Snapchat and Vine are being used for sharing updates, pictures and videos with their friends AND with perfect strangers, have a look at your child’s follower list on these apps if they have them. There are also more and more “dating/flirting” apps, like Scout and Zoosk that are basically “meet a perfect stranger” style apps being developed every day. Your children may have already been approached by a stranger through these apps and may have been exchanging photos already.

You should set up parental controls particularly if your child is under 13yrs of age. For teens, particularly younger ones, request that your child ask permission to download software on their devices until you feel they are old enough to act responsibly.

Be aware many apps on the store are labelled suitable for age 4+ or age 12+ but as long as these apps allow sharing updates and content publicly, you are risking your child being followed online by a stranger. Many of these apps also encourage integration with other social media platforms like Twitter and Facebook which then share the content to a far wider audience with very little privacy settings.

You Need To Protect Your Own Devices Also!

Parents really need to protect ALL mobile devices in the home, including the parents own mobile devices. Without a secure lock screen password on your own tablet or phone you might be surprised what your kids are getting up to on your devices while your back is turned.

This post (see below) appeared on a group that I’m a member of on Facebook today. It illustrates perfectly the issue that I’m concerned about.

“While I was putting my 12yr old daughter to bed last night, we had a little light conversation.
Me: I’d like you to start a good habit in preparation for when you get a mobile phone.
Miss: What good habit?
Me: I think it wood be a good idea to put your ipod on charge downstairs each night so that you get used to doing this when you get a phone
Miss: Ok (hesitantly)…
Me: It’s for a couple of reasons… I don’t want you to get woken up in the middle of the night by a friend calling/texting and I don’t want you to do the same to them.
Miss: But I’ve already been woken up at 2am from my ipod!
Me: what do you mean?
Miss: I got woken up the other night by (friend) when she kept sending me Skype msgs. She sent me 3 in a row and I was so tired I couldn’t even read them so I didn’t get to msg her back!
Me: Oh really? Well, we are starting this tonight, so that’s good timing then! So what about phones… do many kids have them now?
Miss: Mum, some of the girls (friends names) use Kik on their phones and you’re not allowed to do that until you’re 15
Me: It’s 17yrs old not 15
Miss: oooh! that’s not good, are you sure it’s 17?
Me: I am… because I’ve been reading some things about Cyber Safety on the internet.
Miss: I’d better tell them at school tomorrow!
Me: I’ll be contacting their parents.”

So here I was, unaware my 12yr old was already being woken up in the night by a friend and she didn’t even have a phone!
Earlier that night I had been reading Leonie’s article on “Are Kik, Keek, Instagram, Snapchat, and Vine Safe For Kids?” on www.thecybersafetylady.com.au so was just starting to get the idea of what these apps are capable of, and thought I’d better move her ipod out of her room at night just to start with… before I even check what she is using. So now I’m emailing parents, and if they’re not happy then so be it! I’m really hoping they are savvy with Cyber Safety because I’m not. (Well not just yet because I bought Leonie’s Family Guide to Cyber Safety and am gaining a lot of information)

My eyes are just being opened….

But Some Parents Want To Keep Their Eyes Firmly Shut!

I like this parents attitude!  And I hope she gets a good response when she contacts her school. Unfortunately a few parents might tell her to “get lost” as she inferred in her post. Some parents don’t see the need for protection online at all….strange as it may seem for some of us, some parents actually don’t mind that their child is sharing photos and updates with strangers, or posting inappropriate pictures online…I had one parent actually say to me they didn’t care if their daughters photo ended up on a Pedophiles website, because as long as the mother didn’t know about it, didn’t matter. Fortunately that not an attitude I’ve heard very often.

Some parents really just don’t want to upset the apple cart. The thought of upsetting their child by restricting their use of the iPod, tablet or smart phone is just too scary for the parent to deal with…

Unfortunately many parents really think they have it handled..when they really don’t.

“I trust my kids” “My kids wouldn’t be so stupid” “I don’t have time” “My child just plays games” “The school is teaching them” “It’s just too hard” “What’s wrong with them sharing stuff?” “You can’t wrap them up in cotton wool!”

Preventing Harm Is Easier Than Undoing It Later

As I’ve said in previous posts, unfortunately it’s human nature to avoid doing anything that is uncomfortable or hard to do until its absolutely necessary. Insurance, fire alarms, health checks many people just put them off until their house burns down or they get so sick they collapse. I’m a member of the “better to be safe than sorry” camp. The “Once Seen, Cannot Be Unseen” camp.

What Is The Cost?

Cyber safety doesn’t really cost much other than buying good safe suitable software. Learning about your equipment, supervising your kids and staying up to date. You might have to pay for a course to catch up, but no more than paying for a St Johns Ambulance Course…

When free Cyber Safety talks are being held, often at their child’s school, sadly many parents cannot find the time to attend. They are playing Russian Roulette with their child’s safety and well being online.

Cyber Safety Is A Parents Responsibility Too!

Learning about technology is just another part of our parenting responsibilities, as is learning about every other challenge our kids will have to face, drug education, education on crime, sex education. None of us was born knowing how to raise kids, make choices about education, their nutrition, enforcing discipline. We all had to learn about these things. Learning about safe Computing and use of technology is no different!

The cost is your child’s innocence and safety.

There are some horror stories coming out about the abuse of children on mobile apps. Some social sharing and messaging apps are being used for stalking, predatory behaviour, cyber bullying, pedophilia, random meet ups and more.

I Haven’t Heard Anything The About Abuse Of Mobile Apps???

YOU may not have heard any of these stories because many parents won’t often talk about such a horrible situation. Many parents who have had their child approached by a predator online, or who have had a child bullied through a mobile app, keep it quiet because of the guilt they feel at not taking steps to prevent it happening in the first place, or perhaps they want to keep it quiet to protect their child from further exposure or hurt. But it IS happening, and in my role as a cyber safety consultant I’m hearing about problems with mobile apps and kids more and more.

Here’s a recent interview I did on Channel7 News about the subject.

Are You Handing Over A Dangerous Toy?

Handing an iPod, Smart Phone or Tablet over to your young child or young teen without parental controls or some sort of enforceable agreement about downloading of apps and your supervision is just simply negligent, you might as well give your child the keys to the family car and tell them to take a drive.

Here’s a post on some of the more alarming apps that put kids at risk, and which also seem to be the most popular.

If you haven’t been to a Cyber Safety Talk for parents, why not? If your child’s school hasn’t held one ask them to arrange one!

Note: Last years talk might be different from this years one. There are new technologies and software released every day and things change drastically in technology from year to year.

I do have some cyber safety talks coming up in April and May. I’ll be posting about them on my Facebook Page Twitter and here.

My manual also has step by step settings for privacy settings and outlines ways of monitoring your kids on these devices. Click the ad below to see a preview.