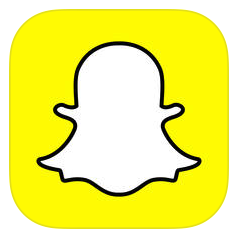 A parent at last nights parent talk on Cyber Safety approached me afterwards to tell me that her daughter insisted that Snapchat photos and videos disappeared once seen through Snapchat. At all my student talks and parent talks, I point out that Snapchat is a fun app, it’s also hugely popular with 100 millions monthly active users, but you should never ever send a message that could potentially embarrass you or hurt another person through Snapchat (or any other app or service actually) as it is absolutely NOT a secure way to send any kind of sensitive message. And then I go on to point out why. 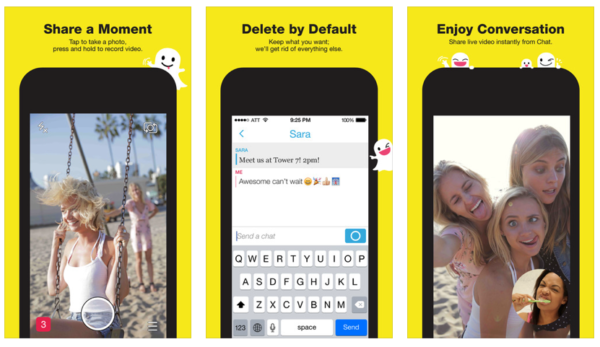 What Is Snap Chat?

Snapchat really started out life as an app developed to allow college boys to get and share nude selfies. The app is certainly promoted as a safe way to share embarrassing pictures, where they were previously said to self destruct or delete, after being viewed once or twice. Unfortunately for users and the developers  it was discovered in 2013 that Snapchat photos and videos actually don’t destruct at all, they are hidden from being viewed within the app, but once viewed, can be retrieved from the device they were sent to with a little ingenuity. (I’m not giving you the step by step instructions on how to do it, but if you Google how to do it, you can see others will show you how to find the saved pics and videos on the receivers device within a very short time) Snapchat then had to concede that they couldn’t claim that their app deleted the content, the messages “Disappear From The Screen”

Besides all of that, very shortly after Snapchat was released and became popular, other other canny Developers invented apps that when downloaded and logged into with Snapchat credentials, actually intercept and store all incoming snapchat messages, that can of course then be shared on…anywhere, to other social networks. If you go onto the iTunes or Google Play store you can see many of these 3rd party apps listed side by side Snapchat. See pic below. Snapchat did try to outlaw these apps, but they continue to be available up on the app stores. There is another risk with using these 3rd party apps, they aren’t secure either, and recently some of them had their data bases hacked and a huge swathe of nude Snapchat photos were then leaked online!

Or…you could just take a picture..

Of course the very obvious way to save a Snapchat video or picture is to take a photo of the message displayed on your child’s device by taking a screen shot, simply by holding the power and home button together (which all kids know how to do by the way) the sender will most times get a message warning them that their message has been screenshot, but then that’s too late isn’t it?

Or even more old school….

Using a camera or other device like an iPod to take a photo of the screen with the snapchat video or picture displayed on it. One particular member of a boy band had this exact thing happen to him after sending an explicit picture to a fan, a charming photo of his family jewels then went viral.

This is how many “private” and intimate snapchat messages have been spread world wide. Unsuspecting unaware users actually believing the hype and not heeding the warnings from all cyber safety experts and the police and now even Snapchat themselves, that there is absolutely no safe way to send sensitive media to another person over the internet.

The age limit for Snapchat use is 13+ (even though it states 12+ on the Australian iTunes store) which is a standard set by COPPA to protect children. Over that age if your children are using Snapchat, ensure you educate them on the risks, and make sure that they only ever send safe and respectable messages to each other using this app.