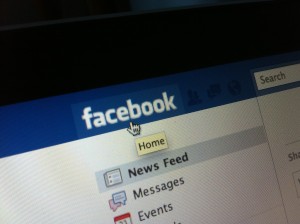 “THE nation’s attorneys-general will discuss whether laws should be introduced to allow parents access to their children’s Facebook accounts and social networking sites, allowing them to legally breach their privacy.” The Australian National Affairs Author Verity Edwards

There is to be a discussion amongst the Australian Attorney Generals about the privacy laws in regards to parents having legal access to their children’s Facebook accounts at the standing committee meeting in Adelaide today.

Unfortunately if you need to force your way into your child’s Facebook account to “Spy” on them it’s probably because there is already a problem with trust and your child’s safety is probably in question.

It is always preferable that parents have a relationship with their child where the child can be open about their social life, and be open about issues that are effecting them, but it very much depends on the circumstances around the family and the parental relationships with the child.

Having been part of ToughLove® here in Australia, I have experienced issues in our own family where a child has been at risk, and witnessed other situations where children of other families have been at serious moral or physical risk. When a family is in crisis, parents will be compelled at times to go through personal diaries, listen in on phone calls, and check text messages, but its is almost always because the child is actually in moral or physical danger. However if a parent does this sort of behaviour when there isn’t a serious threat, it is a terrible invasion of a child’s privacy, and can be incredibly hurtful for the child.

In the best of circumstances, you hope that as a parent you and your children can talk fairly openly about any issues they are having, and that issues can be resolved within the family, without the need for any “spying”. In families that are NOT in crisis, ways of fostering trust are all about respect, and open conversations held in a safe environment.

It’s OK to make a mistake!

One of the issues that I’m hearing more and more about, is that children on social networks are keeping quiet about upsetting incidents that occur on social networks. They are hiding from parents and teachers issues including bullying and ridicule of themselves and others because they believe it’s so important for them socially to be able to be a part of social networks, and they are terrified, rightly or wrongly, that it will all be taken away. In this circumstance they would rather be upset and possibly humiliated than lose the ability to log in. Somewhere along the way, rightly or wrongly, they have the impression its all going to be banned, or they are going to be blamed, and this impression is preventing open discussion, between them and their carer or parent.

As parents, overall, in order to have open discussions about drugs, alcohol, sex etc, we need to assure our children that its ok to make mistakes, that they will still be loved, and their entire world will not be turned upside down if they do. That each issue will be approached individually, and that in regards to social networks we, as parents might not understand the need to be involved online on social networks but we do understand how important it is for them.

For kids of the noughties social networks are as important to them as it was for us in the 70’s and 80’s to be able to use the phone after school, or to be seen wearing our skirts at the right length and have the “right” shoes. Social Networks for most kids today is a vital part of their friendships and is also tied up with their self esteem and how they fit in. Banning social media might not seem a you and I, but to them its their entire world.

In order to have a relationship with your children that is more open about their online lives, you need to have an agreement with your kids about social networks and their online behaviour, a contract if you will, where as part of that agreement, you also agree that anything they bring to you about their online use will never be so bad that it will all be taken away from them.

In reality there are many many ways to protect your kids on social networks, without having to ban the LOT! but most parents and kids are still totally unaware of the steps to take. Children are probably better educated about privacy settings on social networks than most parents, but there are still a lot of children who haven’t ever used privacy settings on their accounts. If you are already a “friend” of your child on Facebook, test this theory out, log in and take a look at your children’s friends accounts, if you have access to them and can see their wall, and their photos, they DON’T have privacy settings set up well enough. If you know the parents of these kids, you might like to let them know.

Before you, as a parent, get to the point of having to “force” your way into your kids Facebook account, have THE talk, you may have already had the sex talk, the drugs and alcohol talk, well there’s another one to have, the social network talk, the “if you ever see something that disturbs you on Facebook or on your phone please confide in me” talk, this talk is just as important as the others we all have that help our teens to be prepared for life as they grow up.

Could This Be Why?

During a recent meeting I had with the head master of a local high school, he informed me that every single Monday morning after the weekend there was a complaint from a parent about an incident that has happened on a social network, that they, the school, then had to deal with. However, keep in mind, this weekly occurrence would only be a small sample of what is really going on, given the above concerns I have outlined. This teacher also told me that social networks and what happens on them are by far the biggest disruptive issue they have in their school today. However as my previous article on “Why Parents Don’t Care About Cyber Bullying” pointed out, parents are still, despite this being a larger issue in his school than drugs or alcohol, not turning up to talks about social networks and educating themselves on cyber safety.

On reflection, and after quite a bit of feedback on this issue, I wonder if one of the biggest reasons parents are not getting involved in their children’s online time and educating themselves, is because parents are simply not aware there is a problem. The schools don’t appear to be giving parents the full picture of what is going on each and every week, and the kids are not talking either, for fear of being banned and getting in trouble. They don’t want to lose their connections and social standing!

Talk now before you have to ask yourself the question is it right to force your way into your child’s Facebook account, by then it may be too late!

← South Australia’s Rather Odd Gaming Classification Proposal
Facebook In Australia Only For 18+? →