Tag Archives: Laptops in Schools for 2013 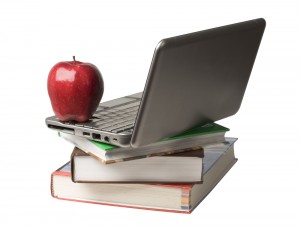 In December 2011 I wrote an article on the Rudd Govt initiative the “Education Revolution” an Australian Government funded program set up by the Kevin Rudd Government in 2008 to fund a laptop for every incoming year 9 school student in Australia, a scheme which is finishing up after 4 years this June 2012. In my previous article I was curious to know what was planned either by the schools or by the Australian Government after the initiative had ceased. The original funding agreement was only planned for a 4 year term.

As yet, I have still not yet seen anything officially announced in the press or otherwise suggesting where schools go from here to provide school students with computer devices, either by the education department or the Gillard Government.

This weekend there was an article in the Sydney Morning Herald that highlighted a few Australian schools initiating a (BYOD) bring your own device to school policy, which includes Primary students as well. I have in fact presented a talk on Cyber Safety at a local combined primary and high school, who had already a BYOD policy implemented, late last year in my role as a Cyber Safety Advocate.

The fact that I haven’t heard anything about what happens when this laptop program ceases really concerns me as a Cyber Safety advocate, and as a mum, as my son will be in year 9 in 2014. There clearly needs to be a great deal of thought and planning into how potentially bringing home devices including laptops, iPods, and tablets will effect computing security in schools. I know there are similar security issues with BYOD’s in the workplace. which is becoming more common.

Computing is well and truly part of the Australian educational process from year 9 upwards. There seems little likelihood that Australian schools will consider “putting the Genie back in the bottle” now. Year 9 students and upwards must have their own laptops at schools now. When you see what sort of structure some schools have put in place and the money they have spent so far to make sure their Internet and computing system all work, you can understand why schools would be hesitant to go back to pencil and paper.

From a recent article in Zdnet-“Case study: Hampton Park Secondary College” May 28th 2012

Next year in 2013, if the “Education Revolution” scheme does indeed finish as originally planned this June, Schools will either decide to buy Laptops and or tablets in bulk, and pay to have them set them up with the correct software, and secure settings in the same way the education revolution ones were. Or, they will expect each child to bring their own computer from home, and hope for the best that it is of good standard and “clean”.

For schools approving a BYOD scheme for their school, this will obviously put most of the responsibility onto parents financially to provide the right equipment, and to make sure the computer and software is up to date and operable. The type of laptop my year 9 son has that was provided through this scheme would easily be around 5 or $600.00 to replace with software installed, probably more, even with education discounts. I’m also guessing that if anything goes wrong with the devices whilst they are at school, the school I.T department no longer has to deal with individual device maintenance either. I hope that most families have good access to I.T. support services. The recently announced Schoolkids Bonus will cover some of it. That might be one reason why the funding has been increased, although that was not alluded to in the recent budget.

If School pupils computers are purchased and serviced by their own schools with monitoring and servicing from a professional school I.T department it makes better security sense, and also for quality control, that it’s a clean device and the security settings are set up the way the school would prefer, including anti virus software. A supervised set up could also mean that there is limited ability for students to access games, or being able to put applications on the device that might be a security risk, or not in keeping with schools policy.

Students bringing their own laptops to school has potential for undesirable applications being brought into school, viruses passed around, and content downloaded elsewhere brought in. My experience is just the tip of the iceberg!

Some teachers seem relieved in the articles that I’ve read about the BYOD scheme that the onus will be on the parents to keep an eye on the laptops as far as content is concerned, but surely once you bring that computer onto school grounds it also becomes the responsibility of the school to make sure that the content on that computer is appropriate and safe, and not being shared if it is not. Some teachers felt that engendering an atmosphere of trust was beneficial, see below.

“Mr Lee says BYOT reflects a significant change in moving from a model of distrust to trust. “I’ve had conversations with principals who found that when they started to trust the kids, the whole relationship changed. Once they sense they’re trusted, kids rise to the occasion. It’s better than spending time chasing after students all day, trying to catch them out with technology and reprimanding them.”

I can just picture it…”Oh wow that picture/video is great can I have it? yeh sure, give me your USB stick I’ll put it on there”, “oh me too!” Of course this could all happen outside of school, but like passing around a cold, it will happen more quickly in schools and before you know it your entire form has a computer virus that locks up their computers or erases them, and if kids are emailing their teachers with attachments, could potentially be spread right around the staff as well. Who is going to ensure that each BYOD laptop has up to date anti virus software? The parents? Hmmmm, many of the parents I consult have no idea what anti virus software they have, and if their or their child’s computers are protected at all.

This needs to be thought out and planned carefully. And now! This years year 8 2012 students parents have no idea what their children are getting computer wise next year for their schooling from what I can tell. My original post has at least 5 clicks a day with people wanting to find out what is going on next year, the google searches are mostly for “2013 year 9 laptops” or “Who’s providing Year 9 2013 laptops” so I’m not the only one in the dark.

I strongly recommend that if schools do decide to use the BYOD plan that these schools ensure that students parents attend educational classes to know exactly what their responsibility is with these computers, and that the schools arrange for talks to teach parents to how to monitor these computers to be sure that they are in fact adequate to be used in schools and safe to do so. As I also see great reluctance amongst most parents to show up for Cyber Safety talks at schools, I have my doubts as to how successful that will be. If schools and parents think that Facebook is beyond their ability to monitor, imagine how its going to be with open unsecured computers being used in bedrooms and in schools.

I also strongly recommend particularly for Primary schools, that restricted parental controlled type accounts be set up, so that primary school students are gradually given more responsibility for their own internet and computer use. Particularly as most Australian households do not have adequate internet filters or security settings set up to prevent primary school kids from accessing adult content and downloading malware and viruses.

What has your school told you? Please let me know in comments.