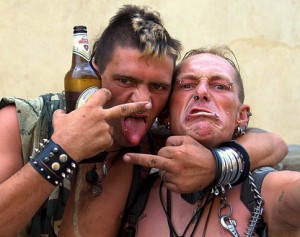 One of the recurring complaints I have heard from parents as part of my cyber safety courses and business, is reflective of many parents absolute frustration with their kids spending all their time on Facebook or gaming “It never stops!” cried one mother at a luncheon at my local school.

As parents we all dream of the “olden days” where after school our parents (if you are in your mid 40’s and over) only had to contend with TV, the radio, the record player, and the telephone. Most of our parents in the 70’s and 80’s had rules around these things, some did not, (my parents I’m sure were the strictest!) Kids couldn’t use the phone all night, mainly because “others needed to use the phone!” And the T.V often didn’t go on untill after homework was finished, and of course there was always the horror of waking up one day with “square eyes!” The TV in the 70’s was a huge piece of furniture, that couldn’t be moved by two grown men let alone one kid into a bedroom!

Recently I heard that one local mum at the end of her tether was overheard at our local shopping centre to scream like a banshee at her teen son, that “couldn’t he just spend 10 mins with her instead of constantly updating his status on Facebook!” actually there’s probably a LOT of parents and adults doing the very same thing….(Guilty!)

One of the biggest issues with todays digital devices that today’s parents of tweens and teens face, is the “how the hell do you restrict it ” when the communication media devices today are all so portable!

Agreed.. its just seems so much harder to “police” an iPod or phone which is really a small computer. How can you stop your kids being a total screen junky when they have the device on all the time, and can carry it in their pocket!

Mind you….I had a great transister radio when I was a kid, it was on all the time…but I could do other things when it was playing, I guess…

I’m afraid parents who don’t have problems these days with their kids completing homework and doing other things like sport! or riding a bike outdoors, and don’t find their children having to be totally connected to a digital device all day, are probably just using old fashioned parenting methods (or have banned it all!). Hopefully they are talking with their kids firstly, to educate them that, yes they do actually need some vitamin D to stay healthy and some physical exercise even if its just walking outside to look at the sky, and that other activities other than screen time are actually very very important. As responsible adults they are also scheduling time themselves for these things, and leading by example. And saying NO if kids want to go over their allowed times for screen time. They are following through with consequences if the kids flout these agreements, and just being consistent reasonable parents.

Yes its more difficult in some ways these days, but I think only because some parents think it is, maybe they haven’t worked out that its really all about “old fashioned” limits, discipline and boundaries. If you really do have problems with maintaining some balance for your kids on games and social networks, are there other areas where you are also having problems? do you give in…(guilty!) its a quieter life if they are drip fed electronically… do you change rules…(ummm yep guilty) Do you give your kids consequences and stick to them if they break the agreements? If your kids are getting around your boundaries, its because they can, and they want to. And unfortunately its likely to form a pattern with all sorts of issues down the line when they challenge your limits.

You actually have to treat all electronic devices the same as our parents did with TV and Phones and Transistor radios (unless your parents were weak push over parents who let you run wild!) and you’ll be just fine. If your kids can’t stop…do what a parent in one of my classes suggested, collect all the electronic devices (yes yours too!) in a basket in the house at a certain time each day, and lock em up for a while!