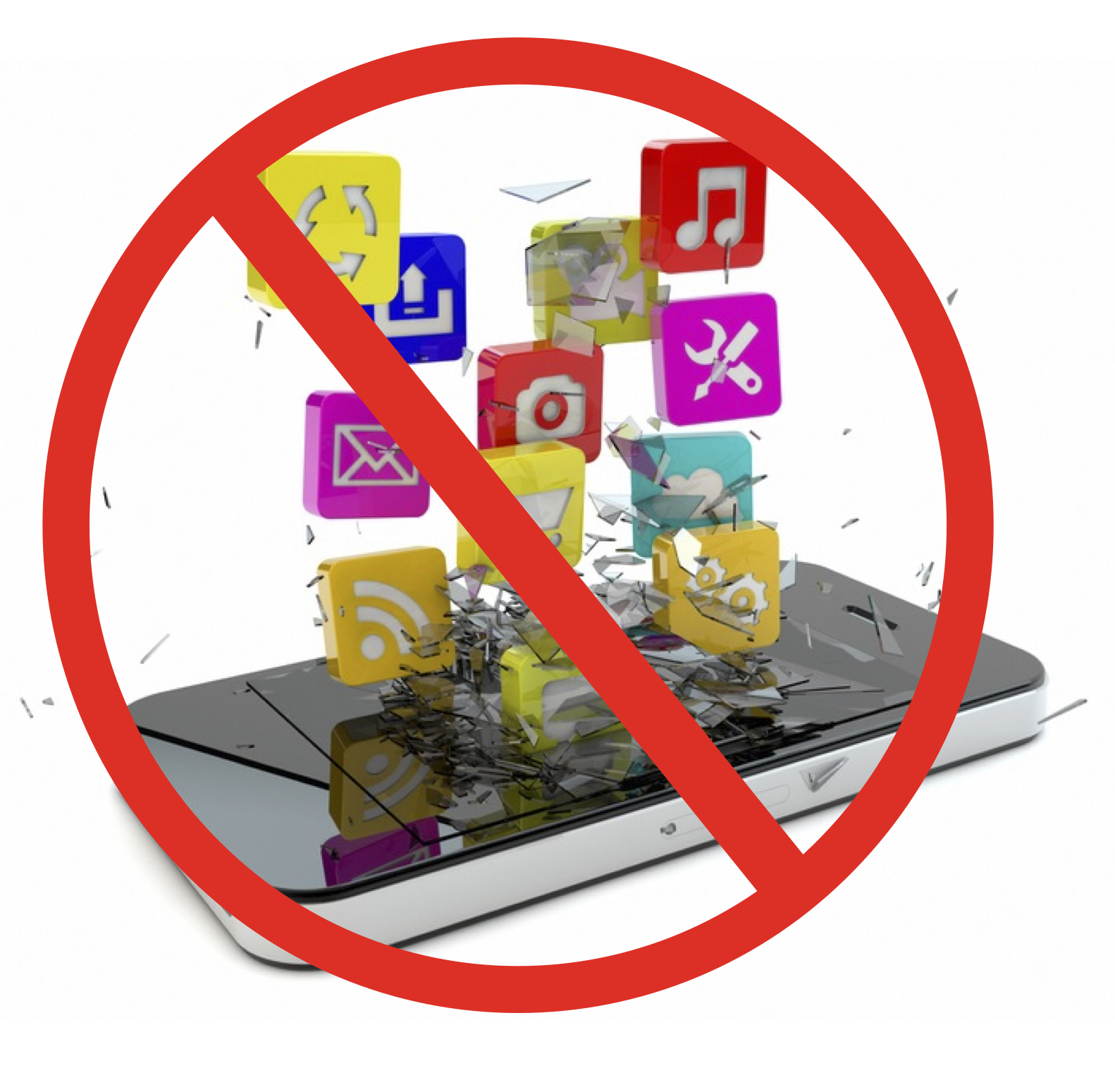 Recently there was a story on another parenting site, questioning whether parents should ban smart phones or certain apps for their children, the expert quoted in the story suggested that banning an app won’t work. While I respect the authors expert opinion, it’s not the first time I’ve heard this type of advice for parents, and I have some serious concerns with it.

Why Use The Word Ban?

Firstly I think using the word “ban” rather than another word like “restrict” is an emotive choice. Anything that suggests that modern parents are anything like their more authoritarian predecessors is seen as abhorrent, so banning anything seems overly strict and unreasonable doesn’t it?

If you look at the meaning of the word “ban” it generally means that you disallow something without any leeway at all, but is that a bad thing? There are many many other things that parents and society “ban” without leeway. But we use the word criminal or illegal to describe some of them, or as a parent we put “boundaries” around this type of behaviour.

If you ban smoking in your home, or ban violence, is that a bad thing also? Why is banning a dangerous app such a bad thing?

If we change the wording of the story to one of “Should parents ban viewing pornography in their home?” or “Should parents ban their child from kicking the dog”, why are those behaviours seen as a reasonable to ban, but increasingly banning antisocial or dangerous technology is not? Are we trying to be just too cool…too much the hip switched on parent?

No one is suggesting we go back to the “hit first” “scare our kids to death with punishments” style of parenting. But we do need to be able to have open conversations with our children AND rules around what we agree to allow or disallow or banning if you want to call it that.

If your child is undertaking a behaviour that you know has potential danger involved, whether it’s hitting their brother, or playing with a candle in their room at a young age, and you decide that continuing this behaviour is putting your child at an unacceptable risk, what is the recommended course of action for any modern parent.

This discussion between parent and child then creates a family rule, the behaviour is now disallowed…or….dare I say it banned!

As children grow up they will have to learn that society bans all sorts of behaviours that are dangerous either to themselves or others. Why are we pussy footing around with apps and technology, and words, won’t they have to get used to having many things “banned” as adults?

But If We Ban It Makes It More Attractive!!

There’s also the “Don’t Ban it or it will make it more attractive to them, and kids will always do the opposite…” It saddens me that so many adults have such a low opinion of kids and teens….So all teens and kids have absolutely no common sense and clearly have no respect for their parents opinions or experience? Some kids are certainly oppositional, but so many are not, and if given the right advice and alternatives will make a safer choice. If we live by the “Don’t ban/put boundaries around it or they will do it anyway” creed, then lets allow kids to drink vast amounts of alcohol when they want to, to drink and drive, to have unprotected sex, or hit anyone they feel like, because lets face it kids don’t listen to reason, they don’t heed any rules, and don’t care about consequences, and therefor theres no point in disallowing/banning anything.

If a child really wants to defy reasonable advice and boundaries of course they will, but at least the boundaries may restrict usage. Parents need to make it compelling for a child to heed advice, through educated reasoning and with the parent following up consistently on consequences. This needs to start early in life, if you have had little success with it at when the child is only 9 years old..you’re in for a world of trouble when they grow to be teens!

Why Should We Ban Some Apps?

I feel that this type of don’t ban social media or apps is a complex issue. I absolutely feel that kids need to experience computing and social media when they are mature enough to handle it, and to start them off with safer apps, supervision and lots of informed education. Parents who have no idea about the apps their kids use, won’t make good supervisors or educators. But I also feel that if you know that your child is using a “hook up” style app at the age of 9 years old, as a parent you absolutely should be able to “ban” “put boundaries around” “restrict”  or what ever you want to call it. Common sense folks!

Sometimes I wonder if the “don’t ban it” style of cyber safety parenting is simply a cop out because it’s just too hard. Parents of this younger generation didn’t grow up with the internet, and are finding it really difficult to get up to date with technology to understand what their kids are up to, it is far easier, I guess, to simply let the child make the decisions about their online safety. I also think that many people who suggest parents shouldn’t restrict their child’s use of some of the more dangerous apps, don’t understand how they work. They simply don’t believe they ARE dangerous.

Some parents think keeping kids safe online is as simple as saying don’t post anything your grandma wouldn’t like, and don’t talk to strangers…that’s it..done and dusted, then you can use that 17+ app right?

But We Can’t Keep Up!

We can’t ever hope to outsmart our kids, not for long anyway…but we do need to understand what they are doing and using online, in the same way as we need to know about every other part of their lives, to help them make good choices, and to keep them safe.

In our rush to be the “switched on parents” lets not forget how important it is, to learn all we can about where our children go and what they are exposed to online and offline, and not make decisions about what we put boundaries around according to how difficult it might seem or how “un hip” it might be.

It’s important to educate, protect, use safe options and supervise with our children online. You cannot just do ONE of those.

If you don’t think your child is mature enough to handle an app, if the app has limited privacy settings and a reputation for dangerous stranger approaches, or anything else for that matter, then don’t let any “expert” tell you that it’s wrong to ban/put boundaries around/disallow/restrict an app. You are the parent and you know what your child can handle. Just be sure you know how the app works and do your research!

Have you banned anything in your house? Does this make you an Authoritative style parent? Or do you “put boundaries around” things.  Do you care?