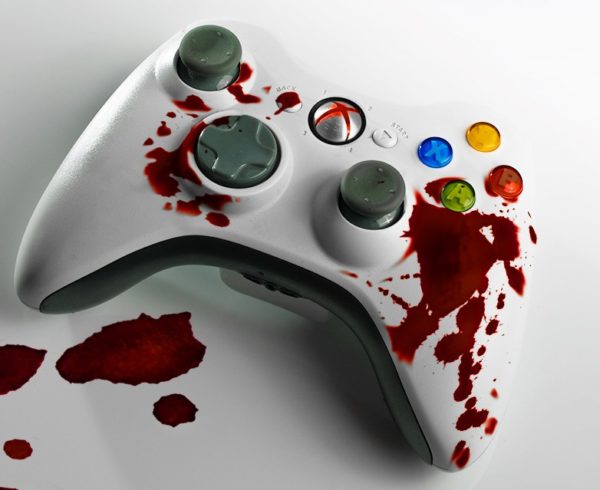 I’ve just had a guest post published on the ABC Technology & Games website, about Cyber Safety,Kids and games classification in Australia titled “Do Australia Parents Understand Cyber Safety And Games” which…I think might cause a bit of discussion…..

I’m afraid statistics show that the majority of Australian parents do not understand cyber safety and video games, and I think its simply because most parents in Australia are not consumers of video games, or even big users of the Internet really, lets face it, most parents with kids 10yrs and over today are not digital natives! Whilst most parents today have a pretty good grasp of film classification and T.V classification, because they don’t usually play computer games, most parents have to go to quite some lengths to get up to speed on what is suitable for their children as far as online and offline games go. Many parents I talk to tell me that they are actually quite unaware that video games even have a classification! This is very worrying if children are to be protected from playing games that are too violent for them.

Recently I spoke with a client who told me her 12 year old daughter was playing Grand Theft Auto at a friends place, unfortunately my client wasn’t really aware of how bad it was. When I emailed her some links to videos taken from the game, and reviews of this incredibly violent game, she was horrified. I advised her that if she would normally prevent her daughter from visiting anyones home because the kids were allowed to watch porn, then for a game that should be rated R18+ she should of course make the same decision, if she had understood that MA15+ games can be as bad as R18+ I’m sure she would have taken action to prevent her daughter being exposed to this game, but the ratings in Australia are so unreliable right now.

Unfortunately there are, I suspect, also a LOT of parents who don’t regard violent games the same way as they might view a violent or sexually explicit films suitability for their children. I think they many parents are way too trusting of the ratings, and probably just totally and utterly lost with the entire gaming genre and classification mess! The Australian Govt needs to not only help to educate parents about gaming and online activity, but it clearly needs to help parents understand WHY they NEED to get educated and involved. The Australians Governments Cybersafety website is a great start, but I’d like to see a nation wide advertising campaign to encourage parents to get involved. Governments can only do so much to protect kids. Parents need to take an active role. It’s going to be a huge learning curve for a lot of parents especially the ones that have only just started using email!

As far as understanding video game classification in Australia its much like classification for films. But with a big difference…Video Games are all rated either G, PG, M, or MA15+ but as yet there is no classification for R18+ meaning that there are no games available in Australia with that rating. They are either banned entirely, or given an MA15+ rating to get them on the shelves….yes that’s right your MA15+ could be as bad as an R18+ film..think about it folks!

MA15+ is the highest rated game classification, which of course means as it does with films with the same rating, the game is not to be sold to children under 15 years old, and it is not recommended for children under 15 years old to play. But I have no idea how many shops enforce that rule. Some of the games that are classified with this rating will most likely be reclassified with R18+ if the new classifications are introduced. They involve graphic bloody gratuitous violence and some of the content is sexual. Parents need to be very aware of what the classifications are for games, and what sort of experience that will mean for their kids. They also need to understand that the level of sexuality and violence varies greatly within each classification level, as it does with movies, one movie rated P.G may be quite a bit more scary than another classified with the same rating, and each child will react differently to the content. None of the classifications can predict your individual child’s ability to cope with what ever they see, or your own standards of what you want them to see.

To give parents a better idea of some of the games available here is a list of some popular video games in order of classification some will be on Xbox others online and others on disc. I’m NOT recommending these videos just giving an example of what videos are now classified with these ratings to get you familiar with ratings. If in any doubt about the ratings of a game and it’s suitability for your child ask an attendant in a gaming store. Do not go to one of the bigger super markets or larger department stores, go to a dedicated gaming store like EB Games or JB HiFi . The attendants at dedicated gaming stores, as least should know a bit about gaming. And if in any doubt don’t buy…send me a message on this site or Twitter,@_LeonieGSmith and I’ll help as best I can.

This website also has some good reviews for Parents http://www.commonsensemedia.org/

← The Internet Need Not Be Terrifying!
How To Use The Parental Controls On XBox →